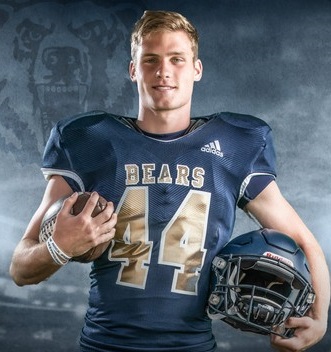 Saxon is the #37 recruit in the state of Colorado. He finished last year as the Junior Linebacker of the year and was number 4 in the state in tackles. Several colleges are waiting to see his senior film before they offer him. Now that he is unable to play this Fall the rest of the nation has stepped in front of me. 39 states are able to get Senior film right now and those are the players that college coaches will offer scholarships to. Playing in the Spring, after the scholarships for the class of 2021 are handed out, means he has a high chance of being overlooked.  I have 2 brothers and this is the only time in our lives that all 3 of us can be on the same field – something I’ll never have the opportunity to do again. He is frustrated that thousands of players that have worked their whole life to get a scholarship and better their family situation has been stolen. What is even more confusing is that most athletes have been working out and competing in tournaments all summer both in-state and out-of-state with no increase in cases – not a single player having COVID. He wonders how we start school and football is cancelled, yet club and private sports continue. It doesn’t make sense to Saxon, for someone who has worked so hard to not get this opportunity.

His family currently does not have the means to pay for him to go to college. Instead of getting an education to become a Strength Coach for athletes he will get a job and figure out the next move. His hope was to build people up the way his coaches spoke into his life and influenced him.